Posted at 04:21h in Accessibility by admin
0 Likes

The long-awaited Refresh of Section 508 of the Rehabilitation Act becomes the law of the land on January 18, 2018. Word Wizards has covered the refresh since its’ early planning phase. During the rule-making process, we covered the progress of the new regulations and submitted comments in support of 508 accessible transcripts as an alternative to audio description for pre-recorded video media. (See e.g. “Public Comments” Blog Article)We informed our clients and the public about the impact of the final proposed rules. (See e.g. “Final Rule Impact” Article).  Upon its official adoption, we provided a detailed analysis of the refreshed rule and how it will affect information and communication technology (ICT) including video going forward. (See “Detailed Analysis” Article). 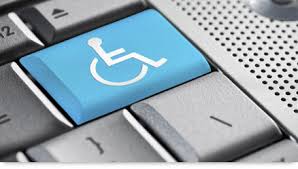 2017 was a year of many changes. In addition to the changes instated by the 508 refresh law, the faces of politics and regulatory agencies in Washington have drastically changed. This has led many to ask the logical question of, “what will be the effect of the new administration on the development and enforcement of 508 compliance?”  At this time, we have not found any instances where President Trump has directly commented on either the American’s with Disabilities Act (ADA) which applies broadly across the economic sector; or to the 508 Refresh which applies to the public sector. However, we can gain some insight by examining the background of the current nominee for head of the Department of Health and Human Services (HHS), Alex Azar. Azar has been both a government insider and a private sector executive in the health care field.

HHS Gets A New Boss

HHS is the largest non-military government organization, with an annual budget of over $1 trillion.  HHS remains at the forefront among Government agencies in enforcing and maintaining accessibility for their 80,000 employees and the public at large.  On August 3, 2001, Alex Azar was confirmed as the General Counsel of HHS. He played an important role in responding to the 2001 anthrax attacks, making sure there was a vaccine ready for smallpox, and dealing with outbreaks of SARS and influenza.¹

On July 22, 2005, he was confirmed as the Deputy Secretary of HHS.   He was therefore twice confirmed (unanimously) by the United States Senate.  He led the development and approval of all HHS regulations and led the U.S. government efforts to encourage worldwide pharmaceutical and medical device innovation.  Azar resigned from HHS in January 2007.  In June 2007, he was hired by Eli Lilly to be the company’s top lobbyist.  Effective January 1, 2012, Azar became President of Lilly USA, LLC, the largest E.L. division, and was responsible for the company’s entire operations in the US.²  Azar will likely focus on the cost of health care – and how to get more values out of the system – which captured his attention both during his past stint at HHS and while top executive at Eli Lilly.³

“I’m just absolutely sure that he would want to continue to drive that,” said Mary Grealy, the head of the Health Care Leadership Council.

Getting the most health care bang for the buck would be just one of the many ongoing challenges that Azar would face. Accessibility within HHS is another. We anticipate that he will do a great job at both.  With a $1 trillion budget, he has a lot at stake in protecting the accessibility of HHS employees and the public.  To accomplish his goals and stay true to the mission of his agency, Azar will need to closely examine spending and resource allocation across his agency.  A tough task, especially considering federal health care spending is projected to grow from its current 28% of all government spending, excluding interest on the debt, to 40% in 2047. 4 We anticipate Mr. Azar will want to find a way to ensure that Government ICT continues to meet the requirements of the Section 508 Refresh. In an era of diminishing federal budgets, hiring freezes, and other financially conservative measures, this will not be an easy task.  However, as of January 18th,  the Refresh is now the law of the land, and there has been no indication from the new administration that these standards will not be met or enforced.