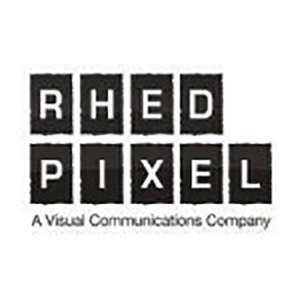 Working in the post-production phase of video production, Word Wizards often receives projects with major editing problems and no budget or time for a reshoot. In a recent TIVA meeting held at RHED Pixel, Rich Harrington presented a first-hand look at two essentials of the video production industry, keying and rotoscoping, which can be huge boon to any video project. Keying is the special-effects technique of combining or blending two or more images or video streams together into a collage. This often involves actors performing in front of a green screen, or the less complicated, cleaner white screen. Rich pointed out that it is important in pre-production to light the backdrop and actor separately, and to avoid shooting interlaced since it can result in soft tearing edges on the video; instead, shoot progressive and add interlaced later.

While most editing software is not known for great keying, Adobe Premiere does an impressive job. Keying, or Ultra Key as the function is known in Premiere, allows on-camera personalities to be placed in front of many different backgrounds. One keying tool that Rich likes a lot is Keylight, which is a keying plugin for Final Cut Pro 7 ($165) and has been used in a number of major Hollywood films like Sweeney Todd and Sherlock Holmes. Rich then wrapped up the keying segment by mentioning light wrapping which is an effect that can be applied to keyed items. This effect makes the edge or alpha channel of the keyed item include some of the pixels from the background element, so that it starts to look as if the two items really belong together.

Rich also explored some details of rotoscoping, the animation technique in which an animator traces footage frame-by-frame from one film to be used in another film, either live-action or animated. With the greatly-improved rotobrush tool in After Effects, you are able to drop actors into a variety of backgrounds without using green screen. Rich told the story of a shoot where the director needed a close-up of an Ethernet cord being plugged in as lights began blinking. But the lights did not work. Instead of reshooting, the editor used the rotobrush to take blinking lights from another piece of footage and overlay them onto the video. A major headache avoided!

If you would like to more know about these subjects, Rich has a number of online videos that go into greater detail. Some of the videos can be found on YouTube or his personal webpage.