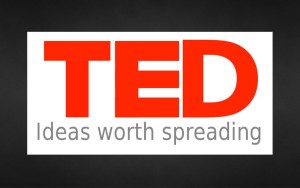 Word Wizards recently had the pleasure to do transcription work for a new batch of TED Talks (“TT”). TED is a non-profit group, whose primary mission is the spread knowledge globally through powerful online talks about a variety of subjects. TTs are free online lectures which are both short (eighteen minute or less), and informative on an almost unlimited array of topics of interest. TTs are presented by people who are recognized leaders in their respective fields, as well as by those who simply have something to contribute to TED’s global knowledge mission. TED stands for “Technology, Entertainment, and Design”, which were the three topics that were the primary focus of the first TED Conference held in Monterey California in 1984. Today the subjects covered by TTs include almost all areas of human endeavor. Thousands of talks are available for free for viewing on TED’s site.

Just for fun we typed in the words “video production” into the free TED Talk search bar on their site . Almost 200 separate talks were identified that related to ‘video production.’ The following is a short list of some notable media related TED Talks we identified:

In our first example, you can see how the famous video illusionist, Rob Legato (Apollo 13, Titanic and Hugo), replicated the launch of a Saturn Five moon rocket using tin cans and fire extinguishers. These shots were so realistic, that a real life astronaut asked Legato where he got the previously unreleased stock footage! Defiantly watch the TT entitled, “The Art of Creating Awe” by Rob Legato if you are into visual fx that push the boundaries. If you ever wondered how Brad Pitt started out as an old man and then continued to get younger in the Curious Case of Benjamin Button, you should see digital effect guru Ed Ulbrich’s TT entitled “How Benjamin Button Got His Head”. Here is a hint; in this case the movie magic had nothing to do with makeup. What if you had millions of dollars to make videos that would inspire social change? To find out, you might want to see the TT by Jeff Skoll, founder of E-Bay, who cashed in his dot.com fortune to start “Participant Productions” making movies intended to change the world for the better.

Finally under the category of creating pure eye candy from the natural world, you might want to check out a few TTs by natural wild life videographer Louie Schwartzberg, which describe making film shorts which have gone viral with millions of viewings, including, “The Hidden Beauty of Pollination,” and, “Gratitude.” Schwartzberg says the following of his passion for creating gorgeous wild life films:
“I hope my films inspire and open people’s hearts. Beauty is nature’s tool for survival, you protect what you love.” These and related TTs by Schwartzberg will surely open your heart to the natural world.

Learn from the best, be the best

So if you are looking to tap into the global “TED Talks” brain trust, simply go on their site and do a search on “video production” or any subject that interest you. Microwave some popcorn and invite some colleagues over to critique some fascinating TT videos on subjects that are near and dear to your hearts. We wish you happy viewing from your friendly neighborhood Word Wizards.