Posted at 21:04h in Technology by admin
0 Likes 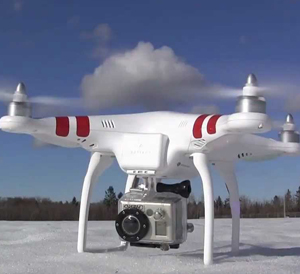 While the good old fashioned tripod is a tried and true method for getting talking heads footage for that documentary you’re working on, it’s not as ideal for getting other types of footage. Say you want a more exciting moving shot that captures action or want something really impressive like a great aerial shot but just don’t know how to get it. In a packed panel at Prince George’s Community College, TIVA helped answer these very questions in a showcase simply brimming with cutting edge tech that will help take your shots to new heights. The presenters included Peter Roof with his quadcopter, Bart Johnson who displayed the very adaptable Kessler Crane and Dolly System, Jason Stahl who shared his knowledge of how to safely and legally fly remote control camera rigs and deal with air space regulations and finally Dennis Boni who showed off his Master Series Elite Steadicam system and Myt Works Slider System. While Word Wizards loves the usual talking heads shot that we work with so much, we also love to see innovation flourish, especially the type that will lead to exciting new uses of film and camera.

Peter Roof and His Amazing Quadcopter

Peter Roof was kind enough to get the evening started with a live demonstration of his quadcopter, officially known as a DGI Phantom Quadcopter, which he flew in pattern over the college campus in front of all the attendees. The quadcopter, which retails for about  $479 on websites such as B&H Photo, gets up to about 450 feet in the air and a quarter mile travel distance. While you can attach different cameras, the go pro is the one most often mounted onto it since their known for their rugged nature and ability to grab dynamic footage. Peter controlled the copter via a remote control that had a nice little view screen attached so he could see just what the camera sees. On a fully charged battery, you can expect about 15 minutes of flight time before having to recharge which takes about an hour and a half. While learning to preciously control and fly the unit is not incredibly tough, Peter did warn of a learning curve since his first flight ended with a crash landing. Fortunately there is a setting on the DGI Phantom that makes the unit automatically land when the battery runs low to help you avoid this.

Next up was Jason Stahl who not only has a cinematography company, named Captured Motion, but also works with the Federal Aviation Administration which gives him an incredibly unique and helpful insight into federal airspace and what’s allowed. His first piece of advice for those who want to fly any type of copter or unmanned flying rig was to go online and check out what type of airspace you’re going to be flying in. If you go onto SkyVector.com, you can actually see exactly what types of air spaces cover the entire country and you can also see where all local airports are located. This is especially useful since you can’t fly any type of rig or unmanned plane within 15 miles of an airport, a rule which is very strictly enforced and can lead to equipment, personal or rented, being seized by the government. Since remote control airplanes and unmanned craft, also known as drones, are becoming more and more popular, the FFA will by 2015 publish some new guidelines on unmanned aerial spaces. The part to take notice of is their Operational Approval Guidance which will consist of different types of pilots and operators. The first type will be public operators who will not need a license to fly and consist of public entities such as police and educational institutions conducting research. The second type will be civil pilots, average folk like you and me, who will need both a pilot’s license and an official observer with them at all times. 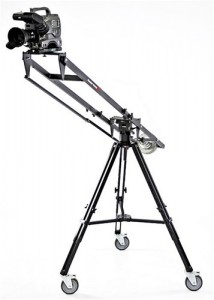 By far, one of the most impressive displays was Bart Johnson who proudly showcased his all in one Kessler Crane/Dolly/Tripod System. While these are 3 different systems, they have the very handy ability to combine in different ways. The KC-8 Crane , which costs about $500, lets you elevate, pan and tilt you’re camera up to 13 feet in the air for exciting elevation shots. Bart’s crane was the smaller one among three differently sized versions with the longest having an 18 foot span. Another amazing piece of tech that goes with the crane is the Kessler K-Flex Dolly Track System, retail price is $289.95, which is actually a solid rigid cord that a  wheeled tripod rides on and can be rolled up for easy travelling. You of course need a sturdy and strong tripod to round out the package and Bart has that covered with his K-Pod Tripod System, retails for $599.95, which is built to last with a weight capability of 500 pounds. The tripod also comes with a slew of great accessories that include a seat that attaches to the tripod leg so someone can sit and be pushed along on the dolly system.

Dennis Boni And The Wonders of Steadicam

The final presenter of the evening was Mr. Dennis Boni who talked about his Master Series Elite Steadicam, which he’s used for over 20 years, and Myt Works Glide Slider. Steadicams have become popular as a way of capturing footage that allows you to track a moving actor or image while still keeping the image steady, hence the name. Dennis’s device consisted of a brace/vest that he had custom made and arm like device that the camera sits on which lets the operator raise and lower it to different vantage points. His model is a Master Series Elite Steadicam that can easily hold up to 60 pounds worth of camera. One thing Dennis did warn people who are interested in using a steadicam is that it can take a physical toll on your body, especially if you use it for a number of years. He also showed off his Myt Works Glide Slider which goes for about $1,785. He praised it for its silky smooth precision and durability, saying it’s a great product that is truly built to last.